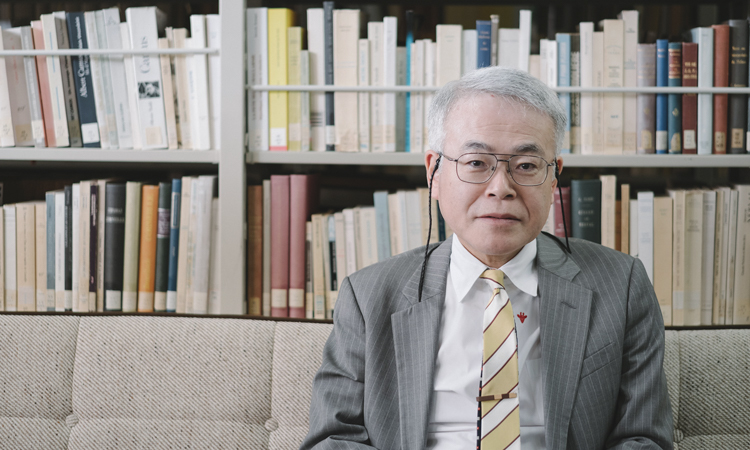 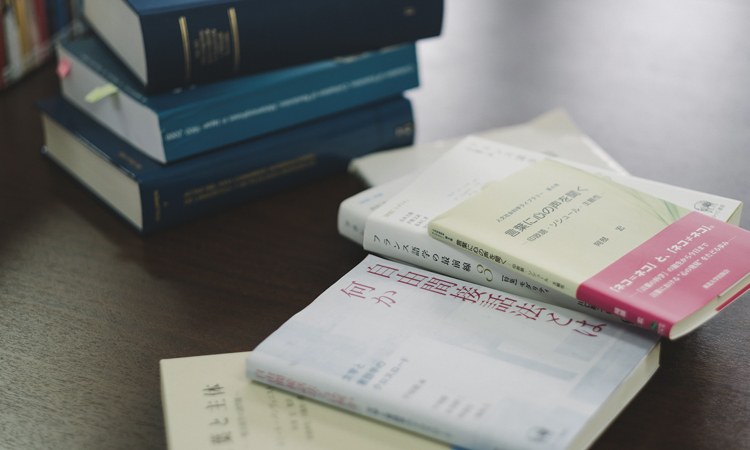 I was really happy to find my name on the list of those who passed the entrance exams. But several days later I was informed that as a part of admission formalities I had to select another foreign language to study in addition to English. I chose French without giving it much thought and afterwards studied it in a rather sloppy fashion. Nevertheless, French became my lifelong research subject.
What can you investigate about literature besides the creation process? As an undergraduate student I had no clue how to answer that question. Ultimately I chose language studies as a theme of my graduation thesis by scrupulously eliminating other options. I continued to study as a graduate student, even though I could not shake off the sense of defeat. But I might have had some innate propensity both for research and linguistics, after all.
To study language means to temporarily put aside traditional and standard grammar, and to uncover still unexplained rules through the analysis of specific data. This process brings together the micro and macro levels, and ultimately leads to the destruction of stereotypes.
After doing research for some thirty years, I have developed a habit of taking the same approach to my daily life. There is no place for boredom in my micro-worlds, whether I am talking with students, executing my routine work duties, or meeting people from outside the university. To my unbiased gaze, the world appears as a wonderful forest full of mysteries, surprises and discoveries.