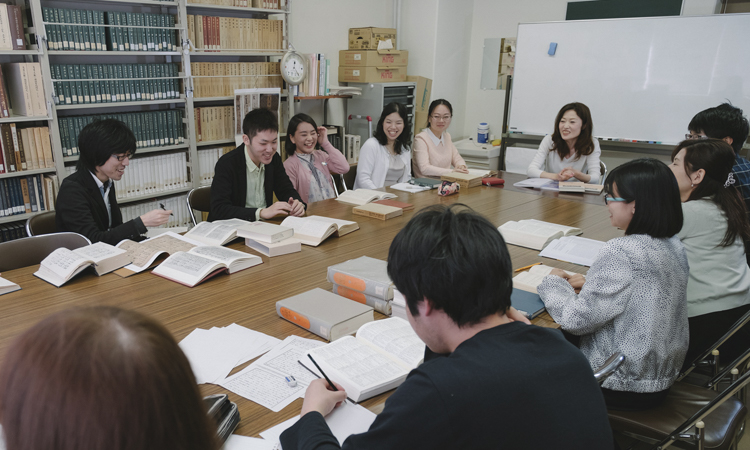 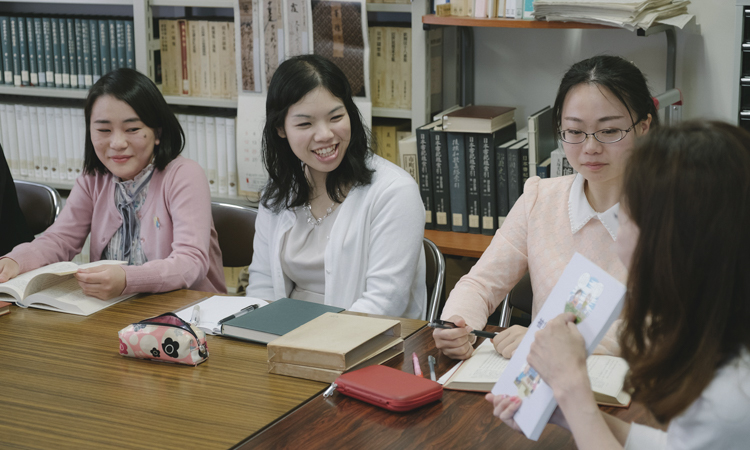 We study the ever-changing Japanese language, from the past to the present

Japanese linguistics studies forms of the Japanese language in various time periods, as well as changes the language has undergone from past to present. Its research subject is not limited to modern standard Japanese; dialects are also included. Furthermore, in accordance with the structure of language, the field is divided into subfields that focus on the system of sounds, vocabulary, grammar, syntax, writing systems, language behavior, and other aspects of language, which are studied both theoretically and empirically. The latest linguistic theories are often applied in research on modern Japanese. Dialect studies rely on surveys and other types of fieldwork, and phonetic studies employ computer analysis and phonetic experiments as important research tools. Regardless of the chosen topic, when you study Japanese as a native speaker, it is important to use effectively the enormous amount of materials available to you and to sharpen your sense of language. In fact, many foreigners are interested in our research, and about a dozen exchange students from various countries enroll in our department every year.
The majority of our graduates continue to work in research and education, but many of them also find positions connected to their specialty in broadcasting and publishing, in government offices, and in the private sector.

Recommended book : Essays in Idleness (Tsurezuregusa) by Kenkō Yoshida
Reason : I see in this collection of essays the origin of humorous literature. There are several amusing passages in it, such as the tale about the text supposedly written by calligrapher Ono no Tōfū, or a story about the beast nekomata who lived in the mountains. So I advise you to read the whole text, rather than just excerpts found in textbooks. Despite being so old, this book can still make you laugh.

Highlights of the Faculty of Arts and Letters

I might feel sleepy in the morning, or hungry in the evening, but I forget all about it during my favorite professors’ classes. On top of that, starting with the second year, we select our major and can thus focus on the corresponding subjects. Since I can attend engaging classes on the topics I am personally interested in, my motivation never flags. Recently, for instance we learned about hentaigana (the nonstandard hiragana) writing and about the emphasizing particle "~cha" used in Tohoku dialect. It feels wonderful to know that you can now easily understand obscure dialect expressions, or read old texts. Even though Japanese is hard, it is worth exploring in depth. I can say with confidence that studying Japanese linguistics is fun.

To everyone aiming for the Faculty of Arts and Letters

Entrance exam preparations must take up all of your time at the moment, but you will have plenty of time as a university student to do whatever you are forced to sacrifice now. You can, of course, spend days in the department room engrossed in books and studies, but I also recommend joining a club or entering an overseas training program. I myself joined the tennis club and finally gained a much craved jacket and a life-long hobby. Last spring I also enjoyed countless picturesque views in Hawaii, which I visited as a part of the training program offered by Tohoku University. Such experiences really change your outlook.
I might sound like I am coming on too strong, but studying Japanese linguistics is fun. I hope you will always retain a light heart as you work towards your goal.