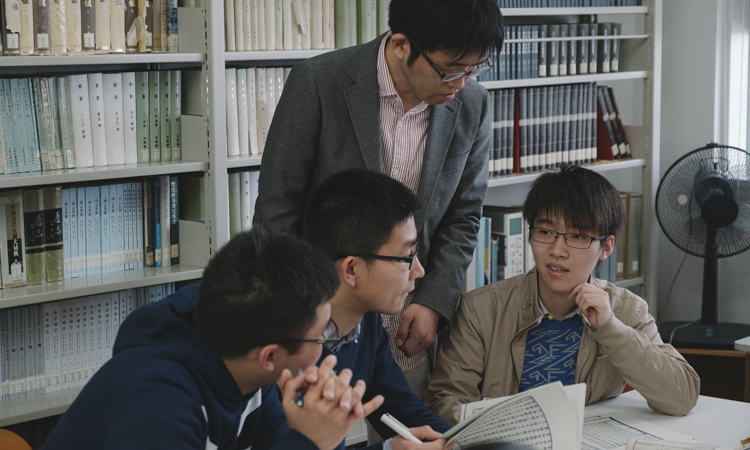 In principle, East Asian history as a field of research covers the whole of Asia, but education and research in this department focus on the sphere of cultural influence of Chinese written characters in East Asia, in particular on the history of China. For several thousand years the Chinese people have been building their idiosyncratic culture. The first and foremost goal of our department is to outline the development of this unique “Chinese civilization” and to uncover its key features.
Since the oracle bone script was invented about 1500 B.C.E., during the Yin period, the Chinese people have written a voluminous amount of manifold texts reflecting on and influenced by an unending string of civil wars, invasions by non-Chinese peoples, and other disturbances. Reconstructing the lives of people of a given period from such original historical sources is the first and, presumably, the most important step in your research. If you are interested in various aspects of Chinese culture and history, such as the Silk Road or the heroes of the Three Kingdoms, and if you find it stimulating and gratifying to explore the origins of Chinese classical texts and speculate on their meaning and significance, our department is waiting for you.