Exchanging knowledge across the seas

The humanities and social sciences address the pressing issues facing the human race. When fostering human resources who can contribute to “the realization of happiness”, it is essential that educational and research activities progress jointly with affiliated institutions overseas. So far, we have entered into academic agreements with numerous universities. In this program, while utilizing this network, we deepen and develop relations with the universities which form an important base in the promotion of Japanese Studies. The Hasekura League, a unique Japanese Studies network, has been established between Tohoku University and affiliated universities. Through this initiative we conduct activities vigorously. and achieve results.

The name is derived from the Sendai feudal retainer, Hasekura Tsunenaga, a name which can be said to be a synonym for a progressive character. Hasekura was a retainer of the Date Clan, whose castle was in Sendai, the location of Tohoku University. In 1613, at the behest of Lord Date Masamune, he traveled via Mexico to Europe, on a diplomatic mission to the continent. Masamune, the lord of a minor Japanese province, thus sent him as an envoy, aiming for cultural exchange with the world. The group had an audience with the Pope, and in Italy, Hasekura’s portrait was painted. Their politeness and insight were well-received in Europe.

By integrating the International Graduate Program in Japanese Studies into the Hasekura League network, we can expect the acceleration of student interaction, lecturer interaction, and academic exchange.

In the 21st Century Hasekura Project, which received support from Tohoku University’s Tohoku Forum for Creativity, we have invited lecturers from universities in the Hasekura League, and through intensive lectures and workshops, symposiums and round-table conferences, we have steadily developed academic exchange. We are able to develop and construct a platform (Hasekura) of knowledge through Japanese Studies.

In October, 2015, Tohoku University and the University of Florence jointly held an international symposium “How to Learn: Nippon/Japan as Object, Nippon/Japan as Method” at the University of Florence. Sixteen universities (including Tohoku University) from nine countries participated, and thirty-two pieces of research in four sections were presented. Hasekura League Intercultural Studies was formed between the participating universities with the aim of student interaction, lecturer interaction and academic exchange.

Conventional agreements between universities are one-to-one, or linear agreements between multiple institutions. In contrast, the Hasekura League has the distinguishing characteristic of placing importance on the whole network. Participating universities have increased, and at present, the league consists of Tohoku University and twenty universities from eleven European countries.

Hasekura League in the future

In the Hasekura project, we aim to expand the Hasekura League to include not only universities in Europe, but also those in America and Asia, and conduct Japanese Studies exploration and creation on a global scale. 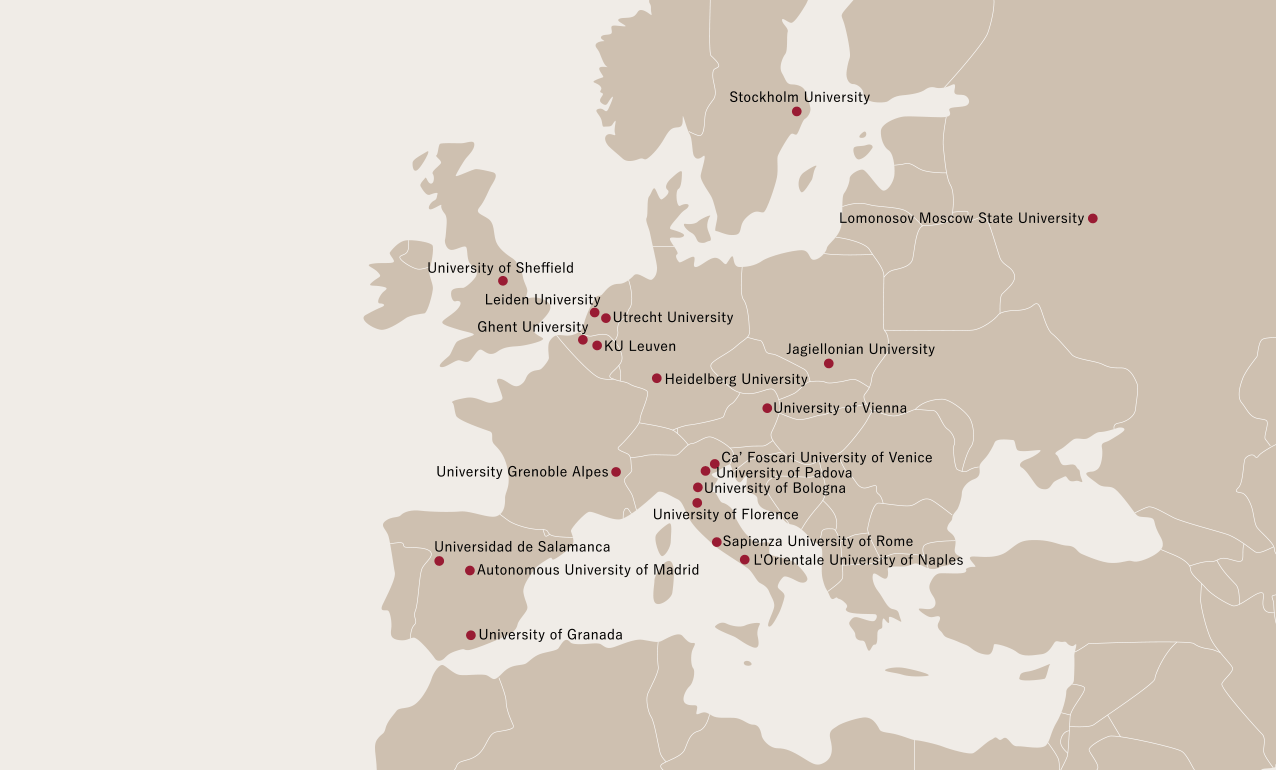