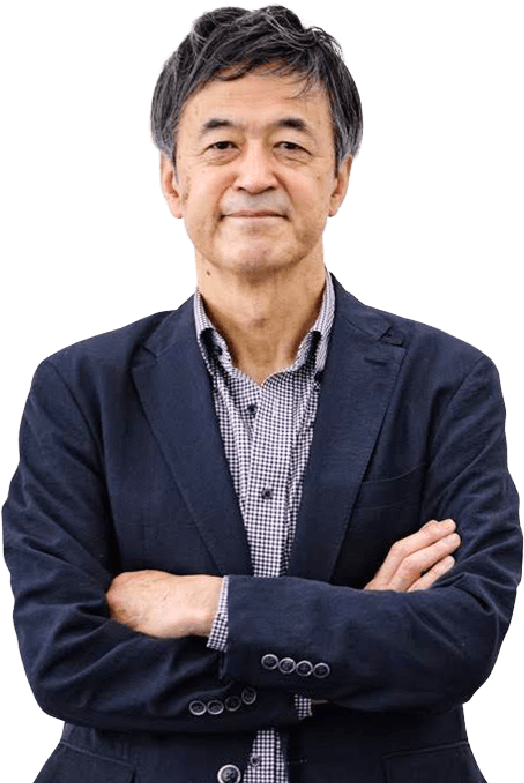 As a person who was involved in the establishment of the International Joint Graduate Program in Japanese Studies from the conceptual stage, I would like to begin by mentioning three aims I raised for the program.

The first was to treat the traditional techniques of knowledge we inherited from Japanese Humanities with importance. This includes the way of reading and handling texts. Tohoku University leads universities in Japan in the tradition of reading documents accurately. I believed that we had to raise Tohoku University to the highest level in the country regarding Japanese Studies, while treasuring the techniques we inherited.

The second was to format the results of one’s research so that it could transcend a specific region, and be shared with a large number of researchers. One of my areas of interest involves the concept of “god”. This is a fundamental issue not only for Japanese people, but for everyone in the world.

Shinto is a religion native to Japan. When explaining Shinto to people from overseas, it is not enough to merely translate and show literature and theses written in Japanese. The reason is that the way of talking about Japanese gods and Shinto is formatted in such a manner that it can only be understood by Japanese people. In the future it will be of the utmost importance to change the format itself, so anyone can understand and debate the contents, and to promote it overseas.

The third was that Japanese Studies must become a subject which can clearly respond to the issues we are facing regarding humankind. It is often said that currently, the fields of the Humanities are divided and diversified, and that they have to be unified. However, for that to happen, it is essential to establish a thesis on a specific, pressing issue: one that transcends most people’s field of specialization and captures their interest. If a pressing contemporary issue, in which people must take an interest, is raised, discussions which transcend individual fields will be born. That ought to be the first step toward the ambitious aim of unifying subject fields. 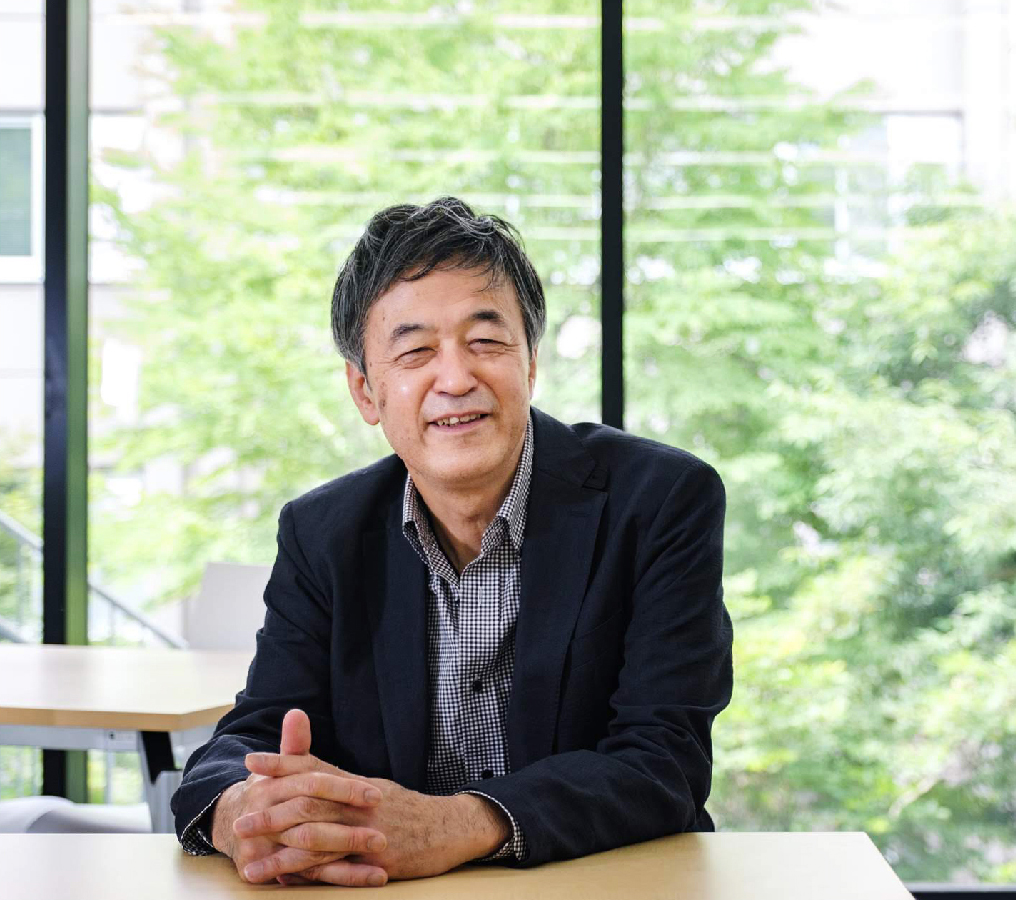 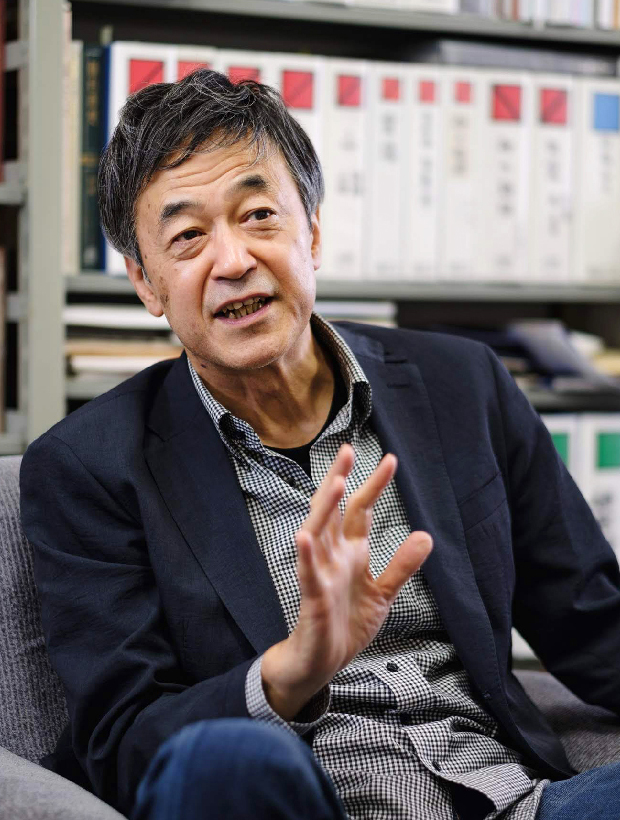 In the International Joint Graduate Program in Japanese Studies, one of the contemporary issues I would like to tackle is the violence of nationalism. The seriousness of nationalism can be seen in the phenomenon of entities who have never seen each other’s faces developing a mutual hatred, which then escalates without restraint. This can be seen in Japan’s relationship with South Korea and China.

This phenomenon did not exist before modern times. It has occurred as a result of deepening modernization and civilization. Before, as the eras progressed, we thought that an ideal society would emerge in the future. We believed that becoming wealthy in a material sense would lead to richness of the mind, that humans who were more autonomous and rational would be born, and that this would lead to the realization of a utopia.

However, reality is the complete opposite. As modernization has advanced, and civilization has deepened, we have come to face various problems which did not exist before. The issues are not limited to nationalism, but also include the nuclear power issue which became exposed after the Great East Japan earthquake, and environmental pollution. These are issues which would definitely not have occurred in pre-modern times.

To fundamentally solve these issues, it is not enough for us to come up with ideas from within this modern age in which we live. An outlook which can relativize the modern age itself is required. It is necessary to conduct work which illuminates our society’s distortions over a long span which exceeds modern times.

In retrospect, it is the Humanities which has viewed history in 100- or 1000-year units and considered the developments of civilization. In the storehouse of this discipline, we have accumulated the intellectual assets of the human race. When we examine our society through the lens of the cultivated knowledge and wisdom, what does it look like? I believe that highlighting the distortions of the modern era through such efforts is the most important mission given to us by the Humanities.

How can research accumulated in individual fields be unified? 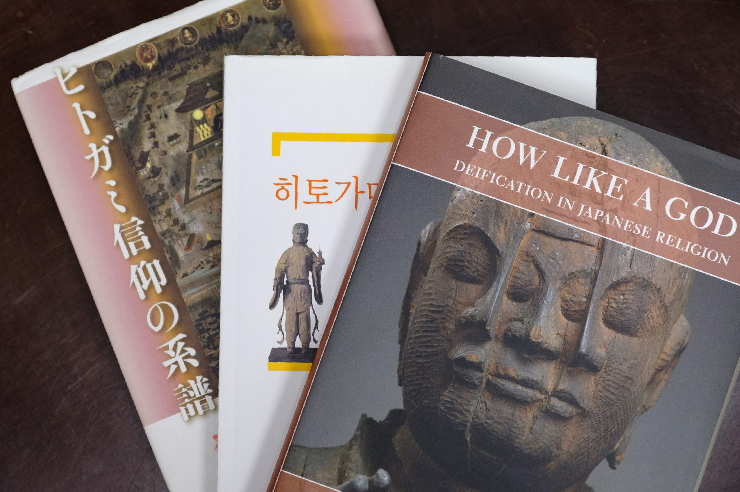 In the future, I hope to advance my research in the International Joint Graduate Program in Japanese Studies regarding the issues of “god” and “death”. There has never been a race in which the concept of god has not existed. Why do people need a god? The deceased are not in this world, so why are we unable to ever forget their existence? These two issues are actually closely related. I hope to thoroughly study these fundamental themes, which are necessary for examining “human life”, together with the students.

In 2012, I published a book titled Hitogami Shinko no Keifu (How like a god: deification in Japanese religion) (Iwata Shoin). I aimed to write a book with which problem awareness could be shared with the world’s researchers who are studying transcendent existence (god in a broad sense). I attempted to create an original format regarding Japanese research into god, which could be debated over with researchers studying Buddhism, Christianity and Islam.

This book is attracting more attention from researchers overseas than in Japan. English and Korean editions have been translated and published, and a Chinese edition will be released soon. Owing to the book’s translation into multiple languages, I have been invited to research meetings around the world, had constructive discussions with researchers from overseas, and deepened problem awareness. This has been an experience which is connected to the aforementioned aim of the International Joint Graduate Program of “formatting one’s research results in a more universal manner”.

Regarding the issue of death, I think it is necessary to highlight the distorted awareness of people today, and reconstruct the relationship with the deceased. Until the Middle Ages, Japan did not have the custom of engraving the name of the deceased on tombstones. However, upon entering the Edo era (modern times), it became customary to mark the tomb and engrave it with the posthumous Buddhist name of the deceased.

Why did such a change occur? In my personal opinion, until the Middle Ages, the deceased could not be in this world. So, there was no custom of visiting graves. In the Edo era, it was thought that the deceased remain in this world forever. A great change in world view occurred in this country. This theory has not yet been approved in academic circles, but how are such research results on the neighboring Korean peninsula? In China or Europe? Through such questioning, I would like to raise this as an issue of methodology in the world.

There is not a field other than Japan in which so much research in varied academic areas has been accumulated regarding one region. How can this abundance of results be unified and where can they be converged? I believe this point will be questioned in the International Joint Graduate Program in Japanese Studies.

There is a limit to what I can do, however I hope that the young people of the International Joint Graduate Program in Japanese Studies go out into the world with high ambition and deep problem awareness, and through discussion with the world’s researchers, steadily change academia.

Regarding nationalism, in examining why people who have never seen each other develop deep mutual hatred, it is necessary to consider the issue over a long span which transcends the modern age.

I want to create a place here in Tohoku University in Sendai, where enthusiastic people, regardless of nationality, race or gender, can gather and debate with one another. In Humanities today, the academic methods used throughout the world were mainly born in Europe and America. Researchers from the Middle East and Asia have started to make their mark, however, the central region for communicating ideas is also Europe and America. We are still playing according to the rules established in those areas.

I would like the International Joint Graduate Program in Japanese Studies to foster academics who can make the actual rules. I want the time to come when methods from Japan are discussed by people around the world. It would be wonderful if this could be achieved at Tohoku University. 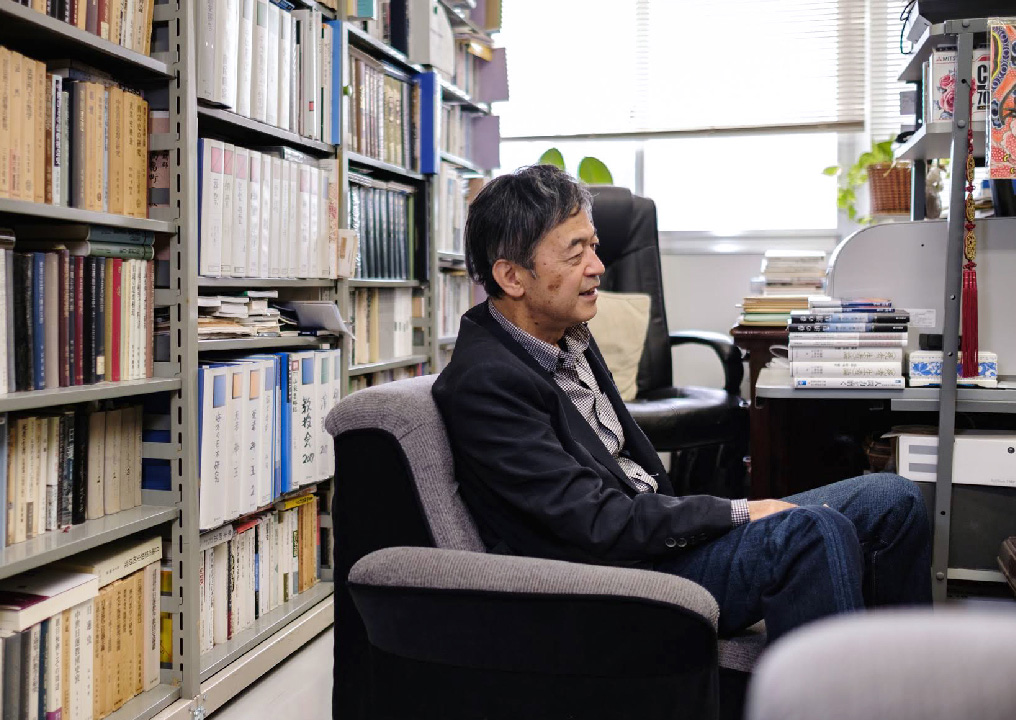