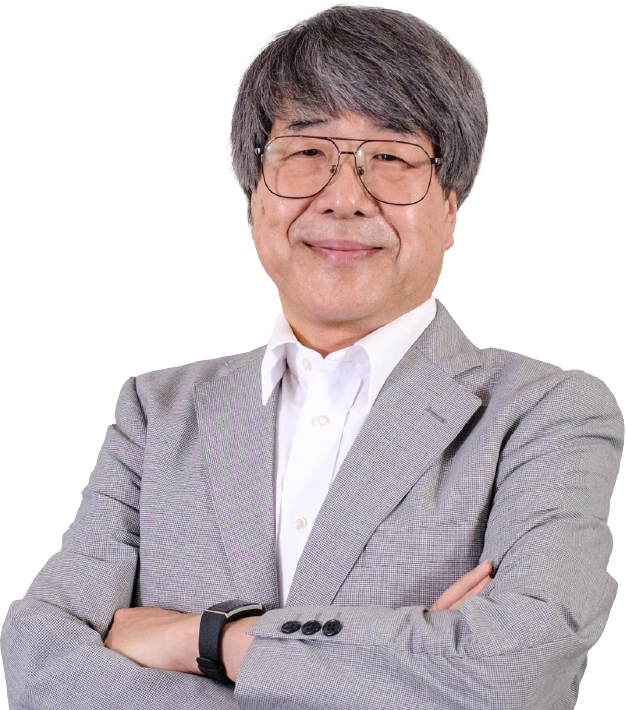 Clarifying the modernization process of Japan by highlighting the underlying rural communities.

My specialism, The Japanese Economic History, is a research field which clarifies the process of the modernization of Japan’s economic society through the lens of history. This study from a historical perspective involves intellectual exposure to the reality of the past by historians living in contemporary society. It is not something which is immediately helpful with a view to the future of Japan and the world. Analysis is just that – analysis. The pragmatic discussion based on actual problem awareness with the facts made clear through such analysis is the next step. Our work as historical researchers involves finding the prerequisites for such discussions.
Specifically, I work in the following five areas:

The “market” is a world and society in itself. It is discussed from the standpoint of a trading world. The move to a market-oriented society is not just considered as theoretical market economy development. The research numbered 1 – 4 above is that which studies it from the perspective of the form and modernization of each society and the world. Number 5, which began after the Great East Japan Earthquake, aims to clarify the beginnings of disaster prevention organizations in rural and local communities, examining the way in which they are formed and operated from a historical perspective.

What has become clear through such research is that the characteristics of Japanese society are strongly influenced by the features of the lifeworld often found in rural communities. The concept of family groups, of the “house” and the “village”, which is found in the field of sociology and forms rural societies, and its mechanisms, actually connect the whole of Japan’s economic society at a fundamental level. They can be seen in various ways which transcend eras and places. It appears to me that the features of Japanese society are here. In the field of economics, there is the term “historical path dependency”. It attempts to explain the differences in the characteristics of economic phenomena through the differences in historical development routes. It is often used in recent economic history research. The way Japan’s rural societies break up is combined with the formation of a new market economic society, and it is thought that the way the historical route is created builds the Japanese character. Clarifying the modernization process of Japan’s economic society is the work of economic historical research. However, particularly, I have consistently found themes by clarifying the structure of the underlying society which forms the basis of such research. 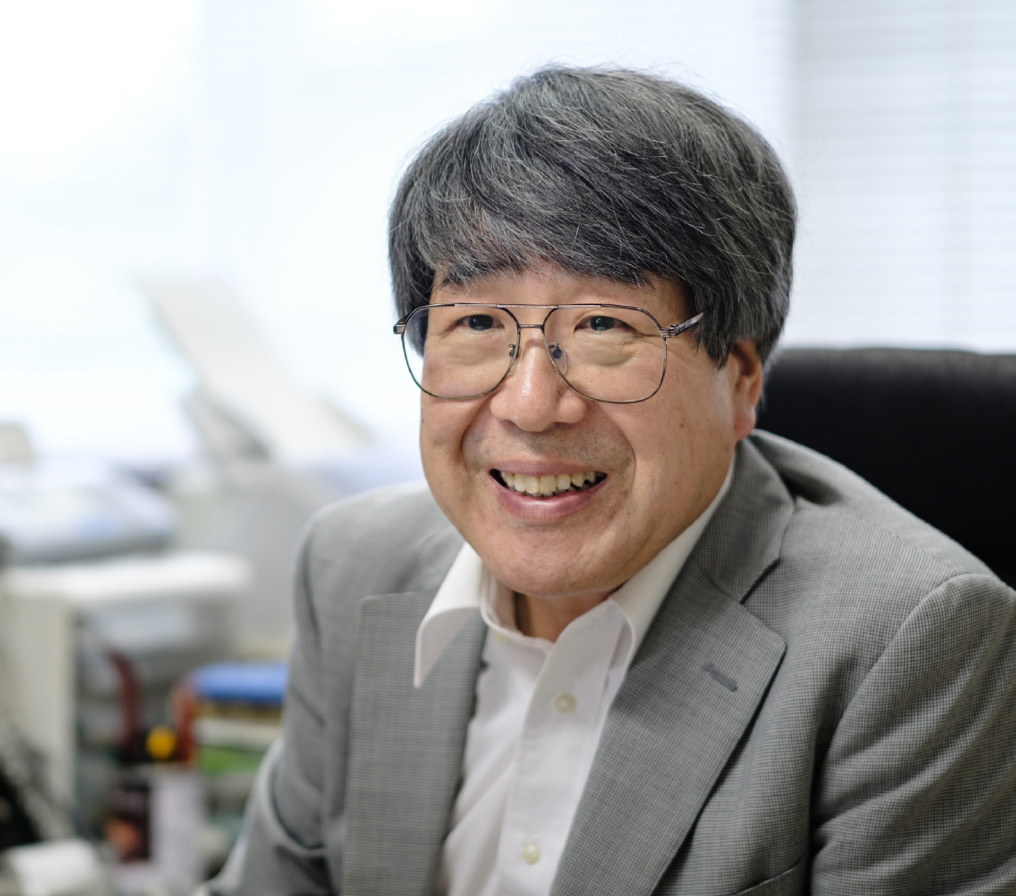 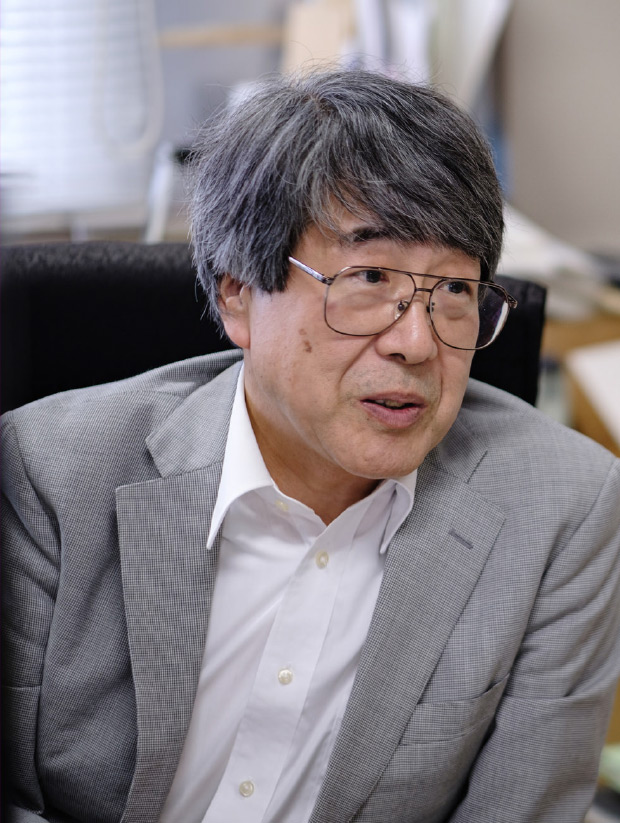 Many functional and structural explanations of Japan’s management and economic characteristics exist. However, when one delves deeper, one finds something cultivated in the rural communities throughout the long history. Market activity, which forms the basis of corporate activities, reproduces analogies with rural concepts in various situations while making countless developments. In the International Graduate Program in Japanese Studies, which boldly accepts academic and international viewpoints and exceeds the framework of conventional academic society by entering new academic domains, study and discussion from the perspective of rural concepts is possible. From the standpoint of economic history, there are various issues taken from economic terminology, including industrialization, market-oriented economic reform, and economic growth. If these are read again from the perspective of the above-mentioned standpoint, the market economy which has Japanese characteristics can be seen even more clearly. As a result, we can expect the new opening of educational research horizons which are not possible in existing research curricula.

In order for this to happen, general research of the Tohoku region which considers fundamental areas of Japanese society with researchers from other historical departments is required. Assuming researchers working on multifaceted literary research and graduate students from within and outside the university participate, we can expect research from new, unique and general perspectives into Japan’s economic society to be born.

In the last quarter of a century, along with the decline of the Japanese economy, the interest shown by European and American researchers toward Japan has weakened, and the number of people researching Japan has decreased. Their attention has turned to areas such as China, India and Africa. However, there are researchers all over the world who are researching the socio-economic history of their own countries. From now on, we can expect comparative research (contrasting research) with those researchers and the elucidation of mutual relationships to continue. I have experienced research exchange with Professor M. Spafford, the late Professor P. Spafford and Professor Craig Muldrew of the University of Cambridge (UK) and Professor Silvia Conca of the University of Milan (Italy). As a researcher of the International Graduate Program in Japanese Studies, I plan to connect with various researchers in the future.

Primary resources are the strongest. This insistence forms the basis of common ground with researchers from overseas. 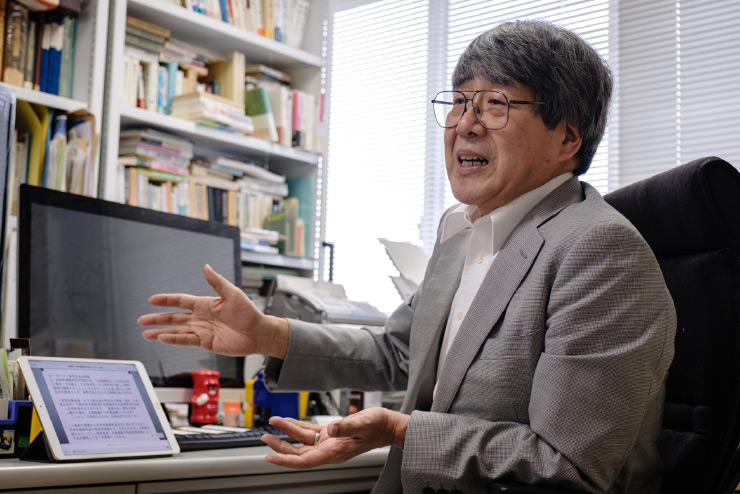 I am a fieldworker. Half of my research involves traveling to find the location of remaining resources. I find this enjoyable. The regions I work in are Shinshu, Joshu and Tohoku, which in ancient Japan were known as the Tosando region. The centers of the early-modern era market economy were Edo, Osaka and Kyoto, and there is a lot of research into the merchants and craftspeople who were active in those places. However, the target of my research is rural regions far from the centers of development. From the early-modern era to present times, the sericulture industry (the general name for silk spinning, silkworm and silkworm egg cultivation) flourished in these regions. The region where silk spinning developed in modern times is Okaya in Nagano Prefecture, however, I believe that interesting discussions can take place when the characteristics of the rural areas in the Tosando region, which created this industry, are clarified. This is because academic classical research regarding Japanese elements was born from such rural regions.

My fundamental research stance is that of clarifying the characteristics of Japanese elements, not by analyzing Japan’s economic society on the premise of general theory, but by studying its historical and empirical reality. I am interested in clarifying what reality was like, and discovering new facts, not through economic analysis which is often conducted to find facts that can be inferred through general theory, but by conducting various resource investigations and hearings in order to approach the historical conditions of the past and present.

As developed in Max Weber’s methodology of sociology, from the necessary resources based on the theme in question to their analysis processing, everything is open, and the analysis is detailed and thorough, asking “What about this? Is this objectively correct?” This is my approach to research with a preference for primary resources. It does not always go well, however, research based on primary resources is the strongest. This is also the legacy of research which is unique to the Graduate School of Economics and Management at Tohoku University, and has been accumulated over many years. I would like the idea of using primary resources to take hold in Japanese Studies research. It is because of my insistence on primary resources that I could work with the European historians mentioned above, and it can be one of the appeals of the International Graduate Program in Japanese Studies.

When considering the life stages of researchers, I am at the “summarization” level. However, as with many researchers of an advanced age, to be honest, there is still a lot I do not know. I am currently working on the following two research themes:

In regards to point 1, I want to compile the general research I have conducted for over 20 years in Shiojiri Village, Ueda City, Nagano Prefecture, and make clarifications regarding Japan’s economic society from my perspective with a high level of proof. In this research, I succeeded in collecting an enormous amount of village and family business documents from the 18th century from eight families in the village. This is a rare piece of luck in the world of village research. My goal is to use these resources to clarify the process of one rural community’s move to a market-oriented economy over a period of 300 years in a monograph. From research conducted up to now, interesting facts are becoming clear. Families in the early-modern era were involved in various businesses in order to survive, and created family businesses which should be called “compound occupations”. From the middle of the 18th century, many families responded to the move to a market-oriented economy in such a way. They experienced the Meiji Restoration, and market activity spread to the whole society, including rural communities. Following on, the modern economic society developed, and industrialization began. What comes out of this is a world like an original image of Japan’s economic history. The work to clarify the process of change in rural communities from the perspective of the market activity of farmers, and explaining that in context, is an important issue.

Regarding point 2, before I began my work, famous and highly rated research already existed. However, I think research into the wealthy individuals who were known as great landowners in the Tohoku region, and in particular from the perspective of those who conducted business, is insufficient. I think it is necessary to plan to start quite prolonged research in which the families of many wealthy Tohoku region individuals are reinvestigated, and data is collected, arranged and analyzed. As is well known, owing to the work of predecessors, Tohoku University holds the documents of the Saito family from Mono-gun, Miyagi Prefecture and the Hareyama family from Ono Village, Kunohe-gun, Iwate Prefecture. While modeling these resources and research, by conducting comprehensive investigative research into other unconfirmed wealthy families of the Tohoku region, we can reevaluate the regional economy of the Tohoku area, which has been labeled “an undeveloped region”, from a viewpoint which differs from the conventional perspective. 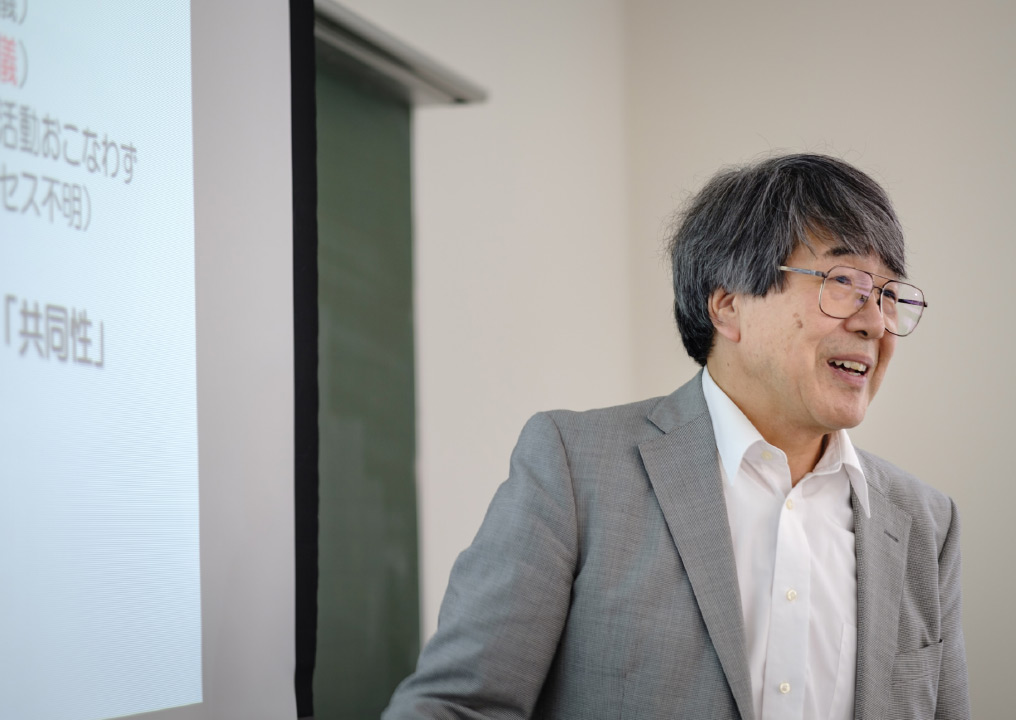