GPJS is the perfect place for linguistic research,  for which outsider perspectives are essential. 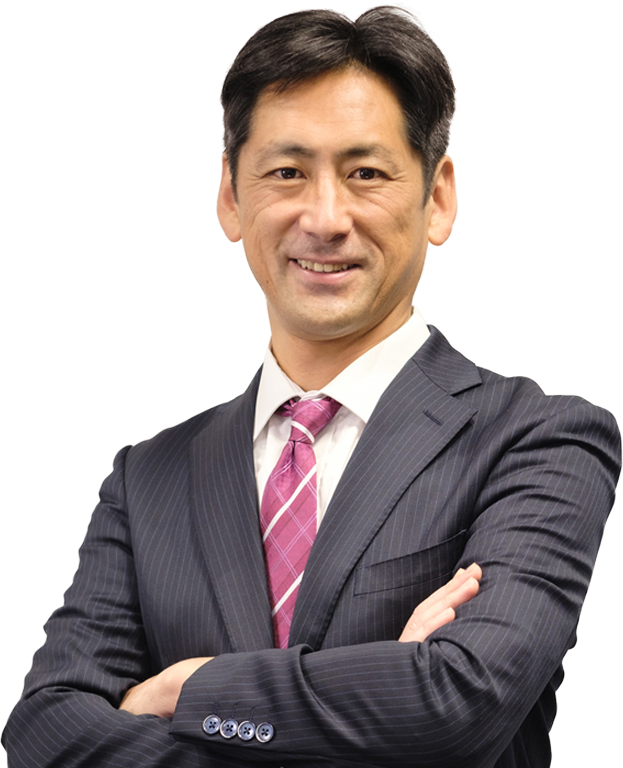 My primary interest is to consider what kinds of expressions are natural in each language.

In terms of research, my fields of expertise are modern Japanese grammar, linguistics, and Japanese language teaching, and I am conducting research on “grammatical structures” such as aspect (inchoative, progressive, continuous, perfect, etc.) and voice (active, passive, causative, etc.). The questions I am interested in are what are the unique features of the Japanese language that need to be understood in order to teach the language, and what characterizes Japanese in comparison with other world languages. For example, imagine there is a piece of paper on a table. There are different ways to express this state: For example, a Japanese person might say, “Kami ga aruyo” (There is a piece of paper), or we might say, “Kami ga oitearu” (There is a piece of paper put on the table), or, “Kami ga okareteiru” (Paper has been put there). If we imagine that the piece of paper has a memo written on it, which someone left as a note to self, the most typical expression used to express this state would probably be, “Kami ga oitearu” (A piece of paper is left there). In other words, when a person puts an object in such a state for a certain reason, the expression “oitearu” is the most natural way to express the idea in Japanese. Furthermore, if we compare Japanese to other languages, the features of Japanese become more apparent. “Okareteiru” is a passive construction, and to give another example, people would typically say, “Saifu ga nusumareta” (My wallet was stolen), in Japanese, whereas in English, one would more often say, “Someone stole my wallet,” in the active voice. In English, people do not use passive constructions quite as often in a situation like this. My primary interest is to consider what kinds of expressions are preferred—and natural—in each language, and through my research, I hope to explore the language of Japanese in depth. 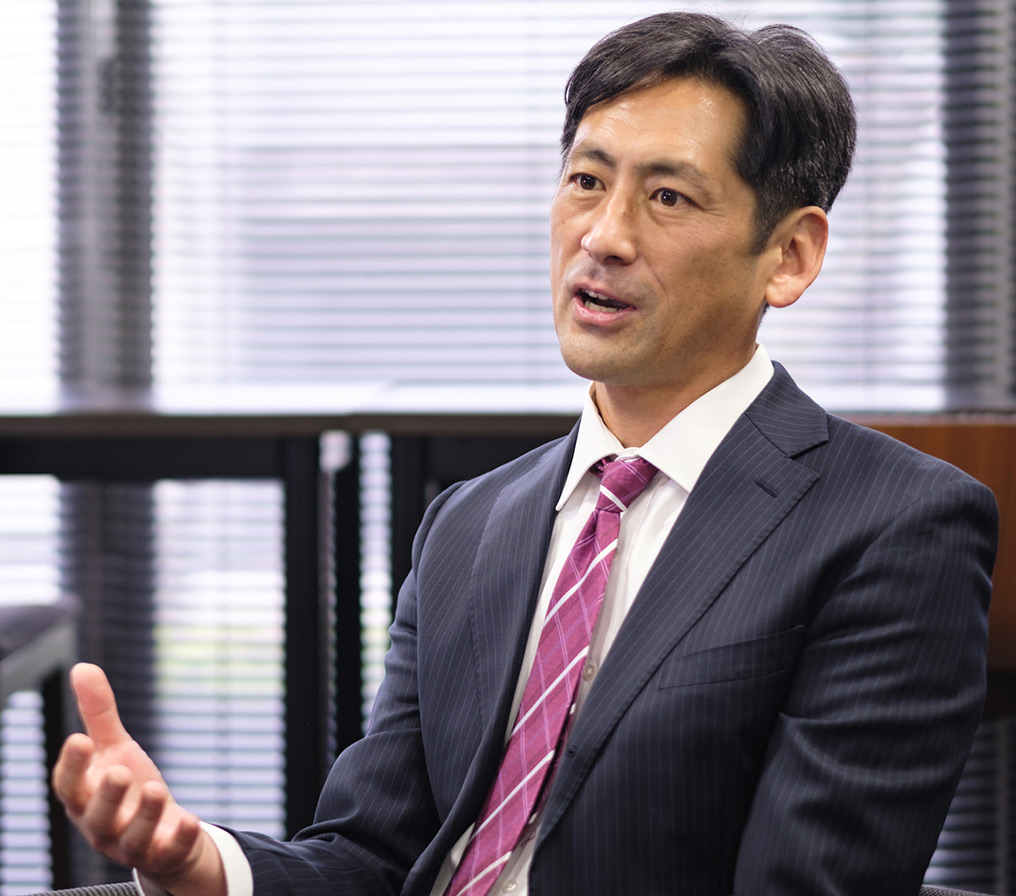 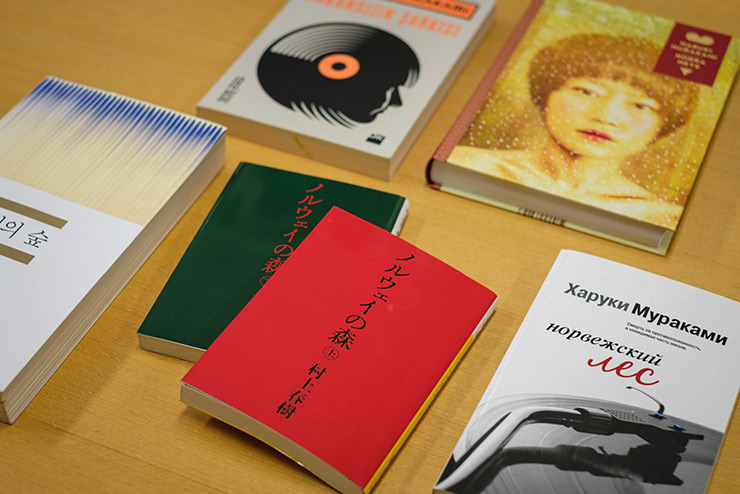 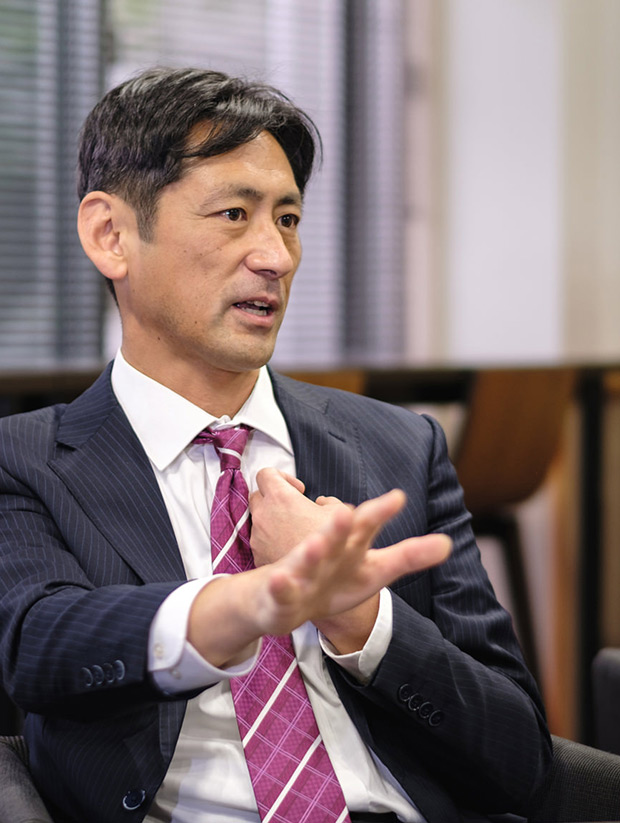 In my actual research, I compare Japanese with other languages. The first language I examined was Russian—because I was interested in the indefinite-personal sentences that appear in the Russian language. Returning to the previous example, in English we usually say, “Someone stole my wallet,” but in Russian, it is possible to say, “U menja ukrali košelek,” an active sentence without a subject that explains that the wallet was stolen. This is an example of an indefinite-personal sentence expressed in the same form as an active sentence but without a subject. This usage has a certain similarity to passive constructions in Japanese, which made me want to examine this in greater depth. My research uses a method that involves digitizing both the original version and translation of Haruki Murakami’s Norwegian Wood, a Japanese literary work, and extracting and analyzing the grammatical phenomena that I want to investigate. After studying Russian, I extended the scope of my research to include Korean and Estonian, and I am still conducting this research today.

While research that utilizes literary works focuses on written language, in the future, I also plan to study spoken language. I am also considering a study that will involve showing photos and videos of certain scenes to participants, and having them depict these, before analyzing the recorded data—although this is still at the initial conception stage. For this study, I intend to take up the challenge of Turkish, in addition to Russian, Korean, and Estonian. Korean and Turkish are similar to Japanese in that grammatical elements come at the end of phrases, and I am also interested in exploring whether, in languages that are grammatically similar, similar wordings are also preferred in expressions.

It is said that while the English language construes and expresses situations objectively, Japanese does so subjectively. Although a lot of research has been done on this, there is still little comparative research that compares Japanese with languages other than English. My current research is also an attempt to expand the scope of comparison with other languages beyond English, and in the future, I hope to take on the challenge of investigating and classifying the tendencies of various languages around the world.

Aiming to deepen my understanding of natural Japanese and apply this to Japanese language teaching. 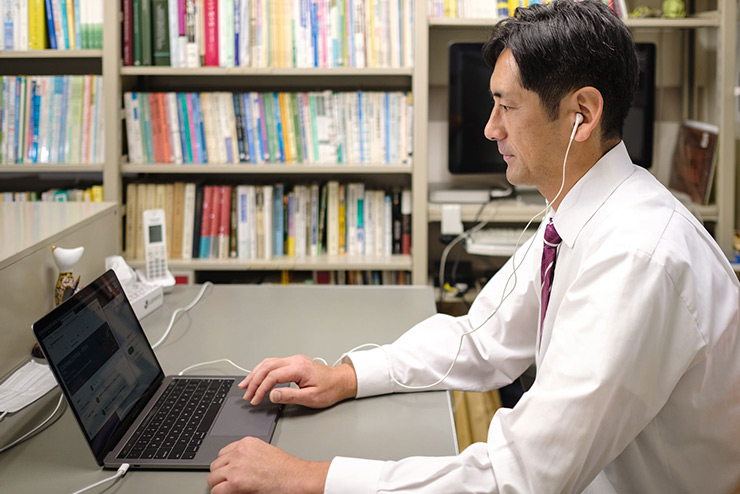 Thinking about natural Japanese is extremely beneficial to Japanese language teaching. I think that the Japanese spoken by international students sometimes feels in some way unnatural or strange. Moreover, though unintended, the words they use can make the listener feel uncomfortable. In order to help international students avoid these unpleasant situations and be able to speak Japanese naturally, in a way that does not feel strange, as educators, I think that we need to deepen our understanding of natural Japanese before teaching Japanese language.

It is possible that some international students majoring in Japanese Studies will be required to teach Japanese as Japanese instructors after returning to their home countries. With this possibility in mind, I personally would like to establish a course or minor program in the future that will train students to work as Japanese instructors. If such a platform were established, I would like to reinvest my educational experience and research achievements in Japanese language teaching to further that endeavor.

Since the International Graduate Program in Japanese Studies (GPJS) was established, opportunities for exchange with researchers from other fields have increased. Rather than researchers being confined to their specialist fields, we now have a thriving culture of exchange beyond disciplinary borders, achieved through participation in various events within the university, as well as international symposiums. These opportunities stimulate our students and help them to discover new themes to explore in their research.

Outsider perspectives are an essential component in all linguistic research—not only Japanese. As native Japanese speakers, we use Japanese without any inconvenience, and when international students ask us questions such as the difference between the Japanese particles “ga” and “wa,” it is surprisingly difficult to answer. In other words, we can use our language, but we cannot explain it. In order to understand, it is important to analyze outsider perspectives objectively, and this is why new discoveries about the Japanese language are also made by overseas researchers who do not speak Japanese as their native language. Since GPJS provides a wealth of opportunities for exchange with international researchers, I am hopeful that my own research will develop in new ways through the program. 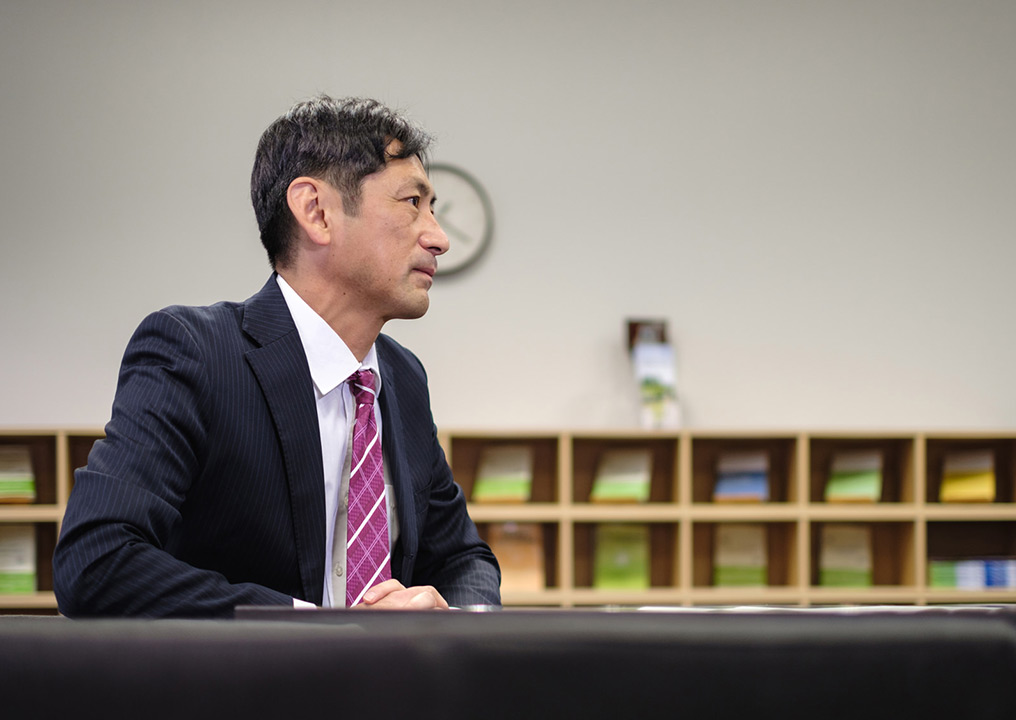