The program is established for students from all over the world to study
subjects in the humanities and social sciences at Tohoku University.

The Siebold Program at Tohoku University in the city of Sendai offers a unique opportunity for undergraduate students interested in Japan to take classes and conduct research while experiencing life in Japan. Set in a regional capital pairing the convenience and excitement of a modern urban locale with celebrated natural beauty, the program offers access to the resources of a major national university to provide academic training and an overseas experience unequalled anywhere in the world.

Currently in its second year, the Siebold Program has welcomed more than 20 exchange scholars from its affiliated universities in Europe and Asia to study subjects in the humanities and social sciences at Tohoku University's Faculty of Arts and Letters. Along with academic and language training, participants enjoy social outings, field trips to historical and other sites, and dedicated spaces for conversation and exchange with Japanese students. The Siebold Program provides both a comprehensive grounding in academic techniques and a guided immersion in Japanese society with the goal of producing the next generation of Japanese scholars and researchers. 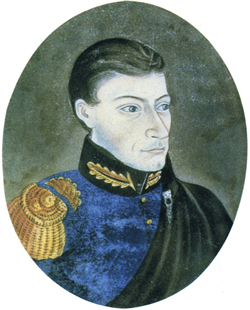 The Siebold program is named for Philipp Franz von Siebold, the German doctor who introduced Western medical science to Japan and who laid the foundations for the study of Japan in Europe. Siebold arrived in Japan as a part of a Dutch trading mission in 1823 and settled in Nagasaki, where he lived until 1829. His activities included the establishment of a school to train Japanese doctors, creating the first generation of physicians and scientists in Japan to understand and employ Western medicine. Upon his return to Europe, Siebold opened his extensive collections of Japanese flora for research in the Netherlands and built public interest in Japan through the publication of numerous books on his experiences, Japanese culture and society, and the natural world of Japan. His legacy in Japan was secured by his daughter, Kusumoto Ine, the first Japanese woman trained in Western medicine and physician to the empress. This program is named after the doctor to express our hopes to inaugurate a new period of exchange and understanding between Japan and the world.